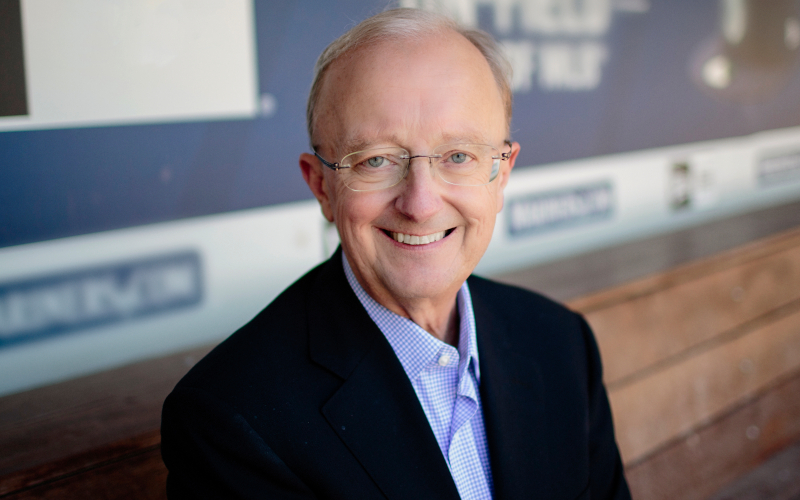 “The Professor” is ready to school Broncos Country. Bonneville Denver has announced that Pro Football Hall of Famer John Clayton is joining Sports Radio 104.3 The Fan (KKFN-FM) as their Senior Broncos Writer for DenverFan.com.

Clayton will be writing daily about the Broncos, bringing his nearly 50 years of experience covering the NFL to Denver. In 2007, he received the Dick McCann Memorial Award, placing him into the writer’s wing of the Pro Football Hall of Fame. Clayton’s best known for his 22 years spent in various roles at ESPN, including as Senior NFL Writer for ESPN.com.

“The Broncos have one of the NFL’s most storied franchises with a tremendously passionate fan base,” said Clayton. “I’m very excited to be joining The Fan team with the opportunity to write about the Broncos every day at DenverFan.com as they enter a new era under general manager George Paton.”

Clayton will also appear regularly on Sports Radio 104.3 The Fan programming to discuss his pieces on the Broncos.

“To bring on one of the NFL’s most respected writers in John Clayton is a tremendous addition to The Fan,” said program director Raj Sharan. “I’m thrilled that Broncos Country will be able to read John’s inside information and opinions on the Broncos every day.”

DenverFan.com is led by Digital Sports Editor James Merilatt and features daily stories on all Denver sports topics from Cecil Lammey, Kendall Valenzuela, Johnny Hart and other members of Sports Radio 104.3 The Fan’s roster. Clayton will continue his roles both writing and hosting for Bonneville Seattle’s 710 ESPN (KIRO-AM).