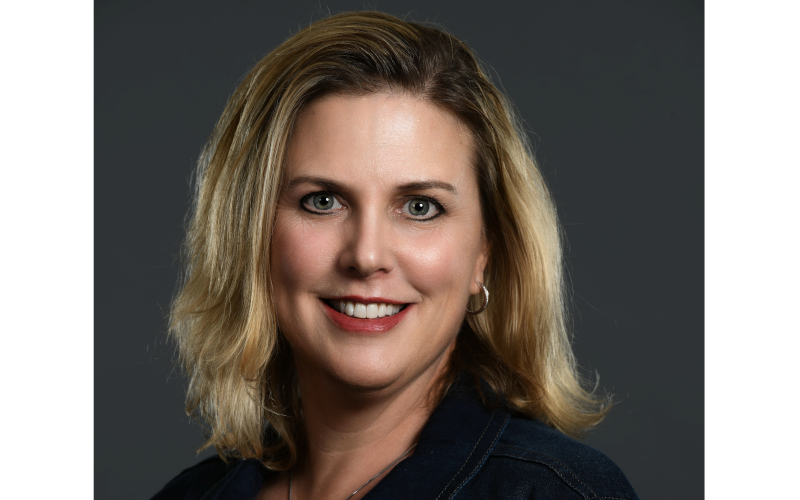 DENVER – March 9, 2022 – April Zesbaugh, co-host of “Colorado’s Morning News” on iHeartMedia Denver’s KOA 850 AM & 94.1 FM, has announced that she will retire in the upcoming months after a distinguished 30-year broadcast journalism career, including 25-years with KOA. Zesbaugh has co-hosted “Colorado’s Morning News” on KOA since 1996, and is one of the longest running news personalities in Colorado.

“Despite my 2:30 a.m. wake-up call for the last 30-years, I feel very fortunate for every second in front of the KOA microphone,” said Zesbaugh. “It’s time to hang-up my headphones to pursue more family time, play more tennis, travel in our RV and see what it feels like to sleep without an alarm clock.”

“April is one of the most-recognizable and popular voices in Colorado, and has set a professional standard which has contributed to the success of KOA,” said Greg Foster, Senior Vice President of Talk Programming for iHeartMedia and Program Director of KOA. “While we will miss our friend and colleague, April has earned the opportunity to enjoy her retirement.”

Zesbaugh is the winner of one national and numerous regional Edward R. Murrow Awards for journalism excellence by the Radio Television Digital News Association (RTDNA), as well as countless awards for “Colorado’s Morning News” from the Colorado Broadcasters Association and the Associated Press. She has also been an influential member of the Denver community and has emceed numerous charity events, including those focused on mental health, Alzheimer’s disease, the challenges of single mothers and animal rescue.

In addition to providing daily breaking news and timely interviews, Zesbaugh has broadcast live from major events such as anniversaries of 9/11, national political conventions, presidential inaugurations and three Denver Broncos Super Bowls. Zesbaugh has also made national television appearances on CNN, MSNBC and other outlets to discuss Jon Benet Ramsey, the tragedy at Columbine High School, and the 2005 University of Colorado-Boulder recruitment scandal.

“I’m grateful to Jerry Bell, former News Director of KOA, for hiring me – calling me during my honeymoon to offer me the job – and to the current News Director, Kathy Walker, and the KOA news team who have been with me every step of the way in helping to make me a better broadcaster and journalist,” said Zesbaugh. “I’m leaving our

listeners in good hands with my co-host, Marty Lenz. He has great news chops and asks really smart questions.”

Prior to joining KOA, Zesbaugh served as news director and an anchor for Denver’s KCNC-TV collaboration with KNUS-AM, and she anchored and reported the news at Wyoming Public Radio in Laramie. A native of Arizona, Zesbaugh started her broadcast career at National Public Radio affiliate KUNC-FM in Greeley, where she graduated with degrees in Journalism and English from the University of Northern Colorado.

iHeartMedia is the leading media outlet in the Denver market with multiple platforms, including its broadcast stations; live events; data; and its digital businesses and platforms, including mobile, social and its own iHeartRadio, iHeartMedia’s free all-in-one digital music, podcasting and live streaming radio service – with 3 billion app downloads and more than 150 million registered users.

iHeartMedia Denver owns and operates KOA, KDFD, KHOW, KBCO, KBPI, KPTT, KRFX, KTCL, KWBL, Denver Broncos Radio Network and Colorado Rockies Radio Network, and is part of iHeartMedia. iHeartMedia, Inc. [Nasdaq: IHRT] is the leading audio media company in America, reaching over 90% of Americans every month. iHeart’s broadcast radio assets alone have more consumer reach in the U.S. than any other media outlet; twice the reach of the next largest broadcast radio company; and over four times the ad-enabled reach of the largest digital only audio service. iHeart is the largest podcast publisher according to Podtrac, with more downloads than the next three podcast publishers combined, and has the number one social footprint among audio players, with seven times more followers than the next audio media brand; and the only fully integrated audio ad tech solution across broadcast, streaming and podcasts. The company continues to leverage its strong audience connection and unparalleled consumer reach to build new platforms, products and services. Visit iHeartMedia.com for more company information.