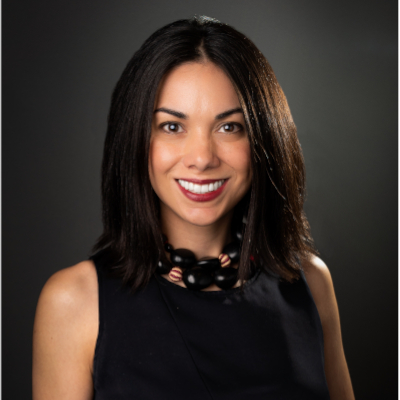 Tatiana Argüello is President and General Manager of Telemundo Denver (KDEN) and is a media executive with progressive experience in broadcast, news, digital, and integrated sales and marketing. She is known for leading result-oriented teams, developing new business and creating innovative multicultural content.

She began her career as an intern with Telemundo in 2001, and after gaining experience with the Denver station in roles ranging from finance, marketing, and sales, was promoted to NY in 2008 and became Director of Northeast National Sales and Multicultural Lead for the larger NBCU Telemundo Station Group. Recognized for her transformational leadership, strategic execution and audience engagement across all platforms, Tatiana returned to Colorado as President and GM of Telemundo Denver in 2019.

Tatiana graduated from the University of Colorado, Leeds School of Business in 2001. Throughout her college career, Tatiana worked as a figure skating coach for the University of Colorado and – though injured prior to competing – was the Costa Rican Olympic Team hopeful for Lillehammer 1994 while training at the renowned Broadmoor World Arena. Tatiana is an avid “yogi” and alpine skier. She is fully bilingual in Spanish and English and conversational in French and Italian.