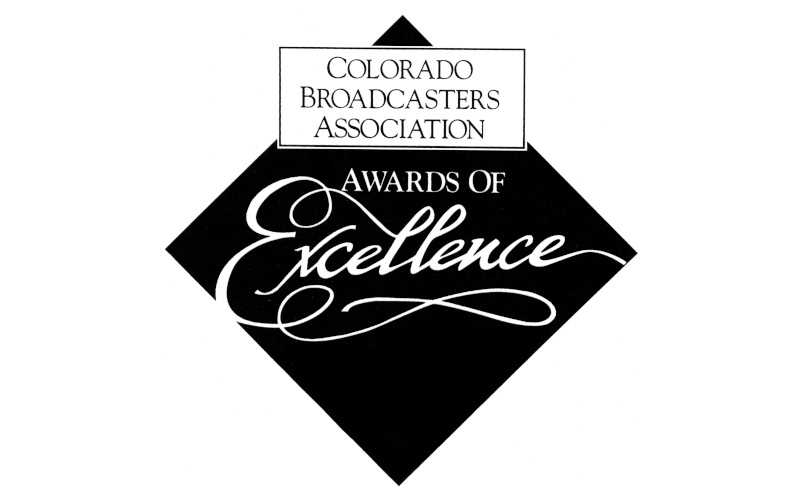 Thanks to our Awards of Excellence sponsors:

UPDATE 4/12/2022: Photos from the Awards of Excellence Gala are now available HERE.

On Saturday, April 9th, the Colorado Broadcasters Association (CBA) returned to a live Awards of Excellence Gala to recognize Colorado’s best broadcasters and their work in 2021.  Over 400 radio and television broadcasters gathered Saturday evening at the Denver Grand Hyatt for cocktails, entertainment from Denver comedian, Josh Blue, and to be awarded for their amazing work.  This year, the CBA received 904 entries (461 from radio, 443 from television). 172 volunteer broadcasters from around the country were assembled into panels to judge all 904 entries.

Roger Ogden of KYSL-FM was recognized with The Rex Howell Broadcaster of the Year Award for his many outstanding years of service to the broadcast industry.

To view the CBA’s entire list of Awards and Certificate of Merit recipients, visit the Awards of Excellence page.

Awards of Excellence Entry Deadline Closes with Over 900 Entries!