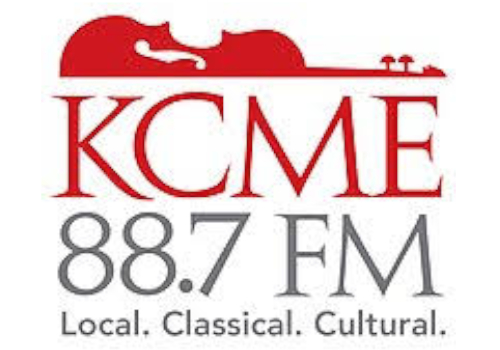 Following a national search and with the unanimous consent of the Board of Directors, Stephanie Horton was named the General Manager of Cheyenne Mountain Public Broadcast House (Classical KCME and Jazz 93.5), effective June 1st.  Stephanie joined the stations in July 2020 as Development and Marketing Director and was named Interim GM this past February.  She follows in a long line of strong leaders since KCME’s launch in 1979.  Glenn Goldberg, Board of Directors President, shared, “We are delighted to have someone as qualified and committed as Stephanie leading KCME/Jazz 93.5.”

“This is an incredibly exciting time for both stations. While the pandemic has created significant turmoil over the last several years, there is renewed value and need for classical music and KCME a place of refuge and an oasis of serenity.  In addition, Jazz 93.5 celebrates its fifth birthday on October 29th this year.  The next four months will be a celebration of the jazz art form and this remarkable achievement led by former GM George Preston,” said Stephanie Horton.

Horton has more than a decade of public media experience starting as Membership and Programming Director at RSU Public Television in Claremore, OK.  In 2011, Stephanie joined the Houston Public Media team and spent almost six years serving their three stations: Houston PBS, News 88.7, and Classical 91.7.  A Texas native, Stephanie and her three sons moved to beautiful Colorado in 2018, and immediately began building community while working as Assistant Director of Development for Corporations and Foundations at UCCS.  She is looking forward to deepening relationships with local organizations, increasing resources, and expanding and diversifying audiences.  You will be sure to see Stephanie and her husband Jesse around town attending a variety of events supporting this vibrant arts scene.   Stephanie, originally a Classical Ballet Major and Theatre Minor at Texas Tech University, has a deep love and passion for the arts.

Horton shares, “It is an absolute privilege to serve not only KCME, Jazz 93.5 and their remarkable team, but all music lovers in the Pikes Peak Region and beyond.  There is tremendous opportunity to expand both our on-air presence, as well as to bring more live, local and national music to the area.”