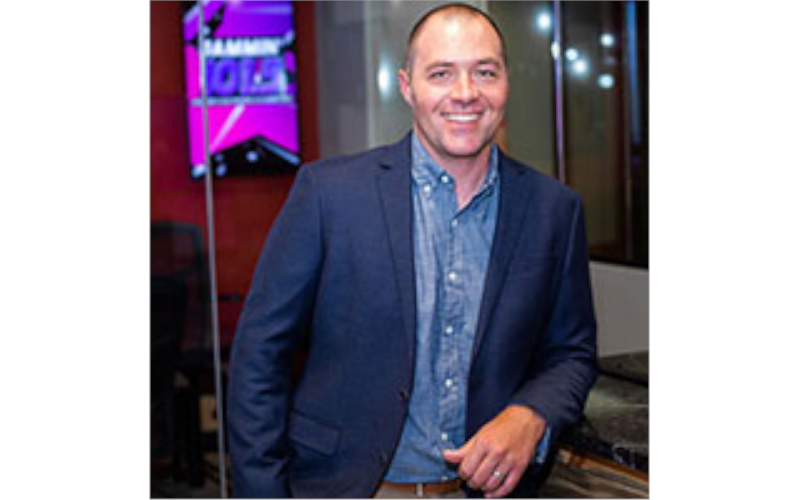 Sean Rhoads began his radio career at iHeartMedia in Colorado Springs, Colorado, as an Account Executive. In 2010 he joined Max Media serving as a Senior Account Executive, Digital Sales Director, General Sales Manager and most recently as Vice President of Sales from 2016-2021.

“We have an incredible team here in Denver and we’re ambitious to take Denver to new heights. Our company has always placed the highest value on results for advertisers, enjoyment for listeners and happiness of employees. I’m excited and honored to carry on with this mission”- Sean Rhoads

Max Media was founded by broadcast veterans Gene Loving, John Trinder, and Chuck McFadden in 2001 to build, acquire, and operate media companies throughout the United States. Mr. Loving serves as Chairman and CEO and Mr. Trinder serves as President and COO. Until he passed away in 2012, Mr. McFadden served as a Senior Advisor to the Company. Tim Robertson, a founder of The Family Channel (now ABC Family), also serves as a Senior Advisor to the Company, and David Wilhelm serves as Chief Financial Officer. The Company’s strategy is to develop or acquire and operate media properties with the potential for improvements in programming and customer service that translate to increased revenues and cash flow. Mr. Loving and Mr. Trinder successfully built and sold two media companies prior to founding the Company. The Company currently owns and operates radio stations in Virginia, Illinois, Missouri, and Colorado. Max Media Denver operates KJHM-FM (JAMMIN 101.5), KFCO-FM (HOT 107.1) & RadioAdvertisingDenver.com